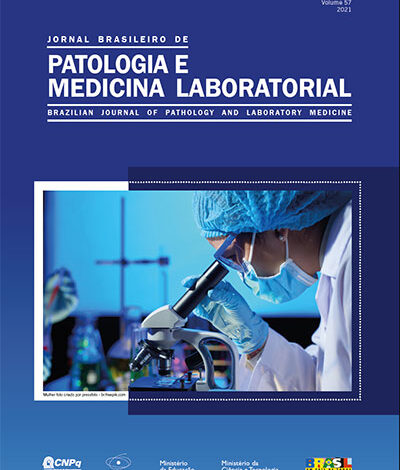 INTRODUCTION: The Sjögren’s syndrome (SS) is an autoimmune disease characterized by lymphocytic infiltration. The currently most researched antibodies for its diagnosis are anti-La and anti-Ro, which, however, have low specificity in the case of SS secondary to rheumatoid arthritis (RA) and systemic lupus erythematosus (SLE). The antibodies against alpha-fodrin (AF) have been proposed to diagnose SS.
OBJECTIVE: In the present study, we investigated the anti-AF antibody in a group of RA patients with and without secondary SS (sSS).
METHODS: Were studied 90 consecutive patients with RA (48.8% of them with SS), and samples of 45 healthy volunteers. Anti-AF immunoglobulin class G (IgG) and anti-AF immunoglobulin class A (IgA) were investigated by enzyme-linked immunosorbent assay (ELISA) and were considered positive when >15 U/ml. Demographic, clinical, and serological data were obtained from chart reviews.
RESULTS: Anti-AF IgA was positive in 46/90 (51.1%) of the RA sample and 3/45 (6.7%) of controls (p < 0.001); anti-AF IgG was found in 21/90 (23.3%) of RA patients and none of controls (p = 0.037). Neither IgA nor IgG anti-AF antibodies showed significant difference in patients with and without sSS.
CONCLUSION: In our study, anti-AF IgA and anti-AF IgG neither alloweded diagnosis of sSS in RA patients, nor marked any special clinical or serological finding.

Sjögren syndrome (SS) is an autoimmune disease in search of its autoantibody. Although anti-Ro and anti-La have been found in 60%-90% and 30%-60% of primary cases, respectively(1), they lack specificity(2, 3), mainly in cases of secondary SS (sSS) associated with rheumatoid arthritis (RA) and systemic lupus erythematosus (SLE).

Antibodies against alpha-fodrin (AF) have been proposed to fill this space. AF is an actin-binding protein found in the membrane skeleton that is involved in exocytosis and gland secretion(1). It is cleaved in apoptosis by caspase 3 and calpain, forming a 120-kDa protein that represents a neoantigen(4). AF cleavage during apoptosis is the main stimulus for induction of the disease in SS mouse models(4).

According to Watanabe et al. (1999)(2), anti-AF antibodies (immunoglobulin class G [IgG] and/or class A [IgA]) are found in 95.3% of patients with primary SS (pSS) and in 62.5% of secondary cases, have a sensitivity of 67% and a specificity of 93% in both situations. However, these authors studied only nine patients with primary disease and 15 patients with SS secondary to SLE, comparing them with 44 SLE patients. They used the European classification criteria for diagnosis. Similar numbers were found by Haneji et al. (1997)(5), with a 96% prevalence of anti-AF IgG in 43 SS patients classified by the Japanese criteria. These autoantibodies have been associated with the intensity of lymphocytic infiltration in minor salivary glands and appear to reflect the degree of disease activity(4).

Witte et al.(6) detected that anti-AF IgA provided higher sensitivity than anti-AF IgG, but they found lower prevalence of anti-AF IgA in pSS (64%) and sSS (47%) than the previous authors. Others are even less enthusiastic. Loch et al. (2008)(7), comparing sensitivity and specificity of anti-AF antibodies in 321 patients with pSS, could not confirm that they had a higher performance than anti-Ro/La. Furthermore, Zandbelt et al. (2004)(8), using the US/European classification criteria for SS diagnosis, stated that neither IgG nor IgA anti-AF antibodies added much to SS diagnosis. They searched for these autoantibodies in a cohort of 51 patients with rheumatic diseases that included 21 patients with pSS, six with sSS, 12 with RA, six with SLE and six with scleroderma. Turkçapar et al.(9), also looking for anti-AF IgG and IgA in patients with pSS and sSS (classified by the European criteria), reported low prevalence of these antibodies and found that anti-Ro and anti-La are more useful in the diagnosis of this syndrome.

Although common, SS disease does not have well-established classification criteria yet, so it is difficult to compare the existing data. SS patients classified according to the San Diego criteria, which are more stringent, seem to have higher prevalence of anti-AF IgG and anti-AF IgA than those classified by the European criteria(4). Also, patients’ ethnic background and the sensitivity of the different methods used to measure anti-AF have been found to contribute to the diversity of results(10).

We analyzed the presence of anti-AF IgG and anti-AF IgA in RA patients. We aimed at establishing these antibodies’ value to determine which patients had sSS in this context. Secondarily, we looked for other RA clinical and serological associations with anti-AF.

This study was approved by the local Research Ethics Committee, and all participants signed a consent. We included sera of 90 consecutive patients who filled at least four of the American College of Rheumatology classification criteria (1987) for RA(11) [48.8% of them with sSS according to the American-European criteria(12)] and sera of 45 healthy volunteers. Anti-AF IgG and anti-AF IgA were investigated by enzyme-linked immunosorbent assay (ELISA) (Orgentec Diagnostika, Mainz, Germany). In accordance with the manufacturer’s instructions, values were considered positive when > 15 U/ml, for both anti-AF IgG and anti-AF IgA.

Demographic, clinical, serological and functional(13) data were obtained from chart review. In this sample, 20 (22%) were Afro-descendants (mulattos and Blacks), and 70/90 (78%) were Caucasians. None was Asian in origin.

Association studies were done by Fisher’s and chi-square test for nominal data, and by unpaired t-test and Mann-Whitney test using the software Graph Pad Prism 4.0 for numerical data. The adopted significance was of 5%. Data showing p < 0.05 were further analyzed through logistic regression to assess variable independence.

Analyzing positivity of anti-AF IgG and anti-AF IgA according to demographic, clinical and serological profiles in RA patients, we found the data shown in Table 1. Neither IgA nor IgG anti-AF antibodies showed significant difference in patients with and without sSS. In Figure 2, the receiver operating characteristic (ROC) curve analysis shows the poor performance of anti-AF IgA and anti-AF IgG to distinguish RA patients with and without sSS.

Comparing titer values of anti-AF IgA and anti-AF IgG in RA patients with and without sSS, we found no statistical differences, as seen in Table 1.

The analysis of anti-AF IgA and anti-AF IgG regarding RA demographic, clinical and serological profiles is seen in Table 2.

As anti-AF IgA showed positive association with lung fibrosis, antinuclear antibodies (ANA) and functional classification in univariated analysis, we further studied these variables in a logistic regression analysis where only functional class index showed association with the presence of anti-AF IgA (odds ratio [OR] = 1.8; 95% confidence interval [CI] of 1.02-3.16).

Both SS and non-Sjögren’s syndrome can show the clinical symptoms of dry eyes and dry mouth, so sicca symptoms are poor discriminators of SS(14). Secondary SS was found to be present in 22% of RA patients in our geographical area(15). Its diagnosis, according to the American-European criteria, requires a minor salivary gland biopsy or an objective evidence of salivary gland involvement(12). Although salivary biopsy is a minor procedure, it is invasive and not always well accepted by patients. The objective measurement of salivary gland involvement by unstimulated salivary flow, parotid sialography and salivary scintilography is not accessible in daily practice. If a specific biomarker, such as an autoantibody, were found, this problem could be avoided.

The AF antigen has been postulated to be involved in the autoimmune responses leading to destruction of exocrine glands(16). It is associated with ion channels and pumps, and therefore it is possible that antibodies directed against AF could disturb their function(16). Thus, anti-AF seems a good candidate to mark this situation. However, the present results do not favor this possibility in the case of SS secondary to RA. Although anti-AF IgA and IgG were more commonly present in RA patients than in controls, this autoantibody did not identify those with RA and sSS, neither did RA patients with sSS have a higher level of these antibodies.

There are few studies of anti-AF in RA patients with sSS; most of them are directed to primary disease, SLE and sSS. Witte et al. (2000)(6) found that anti-AF IgA, but not IgG, was associated with sSS in RA patients, but they studied only 19 RA patients using the European criteria for sSS diagnosis. Turkçapar et al. (2006)(9), studying 10 patients with RA and sSS, found a 10% prevalence for anti-AF IgA and no positivity for anti-AF IgG, concluding that they were not useful for diagnostic purposes in this context.

We could not demonstrate that RA patients with hypothyroidism have more anti-AF antibodies than those without it. Szanto et al. (2008)(17) published a very interesting study where they found association of anti-AF IgG and IgA with thyroiditis. Based on the fact that AF can be associated with endocrine and exocrine secretion, they proposed that these autoantibodies could be a marker of secretory disorders.

In univariated analysis, lung fibrosis and ANA were associated with anti-AF IgA. Interstitial lung disease is an extra-articular manifestation that can be severe and a source of substantial morbidity and mortality for affected patients(18). At present, there is no serological marker of this complication, although some authors found that it is more common in patients who are positive for anti-cyclic citrullinated protein (CCP) and rheumatoid factor (RF)(18-20). To our knowledge, association with anti-AF has not been studied before. In addition, the presence of ANA in RA is associated with a more aggressive disease and with a higher rate for extra-articular manifestations(18). In the logistic regression, these associations did not remain as independent variables, but further examination of this possibility, with a larger number of patients, could be interesting. They are, both, linked to severe RA prognosis(18).

In the present study, patients with worse functional class had higher prevalence of anti-AF IgA, but the real meaning of this finding needs additional evaluation. Functional class is a variable influenced by many factors, such as the early institution of treatment. So, prompt access to medical care, not evaluated at present, could be a determining factor. However, it must be noted that a worse functional class, as well as lung fibrosis and presence of ANA, denotes poor prognosis.

Hu et al. (2013)(10), in their meta-analysis, demonstrated that heterogeneity existed in anti-AF prevalence among the Chinese and Japanese populations, what may explain the different incidences of SS in different areas or nationalities. We could not find influence of ethnic background in the presence of either IgG or IgA anti-AF sample, but we had only patients of African and Caucasian origin, none was Asian. Also, it must be taken into account that, in our geographical area, the ethnic classification according to external appearance may not be reliable due to a very high miscegenation rate.

A major limitation of this study is that the present RA sample had mean disease duration of seven years; so most of the patients were on glucocorticoid therapy, immunosuppressants and/or biologics. The use of these drugs could have reduced the positivity of anti-AF antibodies. Studies on newly-diagnosed patients receiving no treatment are required to avoid this interference. Another point to be considered is that we did not study RA disease activity; it would be interesting to know if a high RA disease activity would modify anti-AF results.

Concluding, in our study, IgA and IgG anti-AF antibodies neither allowed diagnosis of sSS in RA patients nor did they mark any special clinical or serological finding. Their association with functional class needs further investigation.